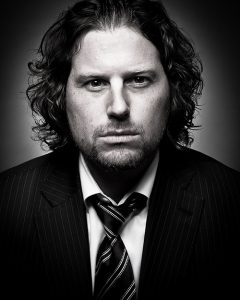 I was born, reared and educated in the St. Paul/Minneapolis area and named as one of the top young lawyers in the State and recognized as a “Rising Star” by Minnesota Law & Politics.  I graduated with Honors from William Mitchell College of Law in 1999.  For over two decades, I have tirelessly and relentlessly defended the rights of hundreds of people accused of serious crimes.

In the interests of justice, I have defended individuals from all walks of life.  I have fought for the rich and the poor, for the privileged and the disadvantaged.  I have vigorously defended the innocent and the guilty.  Justice delayed is justice denied.  I often take cases I believe in for little or no money to protect the rights of people that have been victims of the police, victims of the criminal justice system or victims of circumstance.  Injustice anywhere is a threat to justice everywhere.

A trial lawyer is a defendant’s best friend.  Many criminal defense lawyers are simply too afraid or not skilled enough to take a case to trial.  In addition to a number of jury trial acquittals, I have also worked diligently and aggressively in securing dozens upon dozens of dismissals in cases including drive-by-shooting, rape, sexual assault, child molestation, numerous DWI’s, burglary, theft, drugs, domestic strangulation, violent assaults, gambling, fraud, etc…

Even if you think you may have done something wrong, most cases involve mitigating circumstances and other times people are simply not guilty of all of the charges brought against them.  The justice system is a human system and thus, it is fallible. Police officers and prosecutors are notorious for “overcharging.” They pile up questionable charges against you in an attempt to scare you and pressure you into pleading guilty.  The root of all evil is the abuse of power.  I am a skilled, savvy negotiator and I fight to keep people out of jail and clear their records of criminal charges.

INITIAL CONSULTATION IS FREE. I will answer all of your questions, will evaluate your case and will passionately and diligently defend you against all criminal charges. If you’re in need of a criminal defense attorney, be sure to call my law firm.