In the state of Minnesota, disorderly conduct is one of the most frequently charged offenses year after year. One of the reasons for this is the ambiguity of the offense, with multiple actions falling under the category. Oftentimes, the police make an arrest without reasonable cause or even coerce the individual until they act out. Although the crime is only a misdemeanor, the charge results in fines, possible jail time, and other penalties. To avoid this, you need a competent defense attorney to uphold your rights and fight the charges, and Brian Karalus of Karalus Law is ready to defend you.

As stated above, there is a wide array of acts that can be considered “disorderly conduct”. Minnesota statute 609.72 states that you can be charged if performing the following in a public or private place: 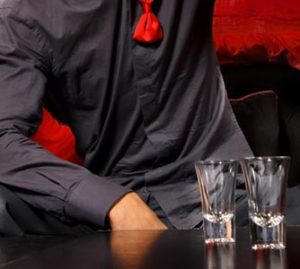 *A person is not in violation if the disorderly conduct was caused by an epileptic seizure.

The issue that comes in to play is who deems what is “offensive” and what is not? This question has many people in Minnesota wondering whether this offense tip-toes around an individual’s free speech.

It’s important to note that while it is considered a social problem, public intoxication is not a crime in the state of Minnesota. However, you can face penalties if you are disorderly while under the influence.

While the penalty for disorderly conduct can vary depending on the severity of your actions as well as your relationship to the individual disturbed, the sentence typically carries a maximum of 90 days in jail and/or a fine of up to $1,000.

It’s important to know your rights and have a defense lawyer who is well-adept in criminal law on your side. While the penalties might seem insignificant, the charge will have an impact on your future through employment opportunities, education, and more. Also, repeat offenses will have much more severe consequences. Brian Karalus has protected countless individuals from having their rights violated by the justice system, police, and circumstances and handles each and every case with the same amount of diligence, no matter how minor or serious the crime.  So contact Karalus Law today for your free consultation.