No one plans on a car accident, and when it happens, you become flooded with emotions and thoughts that may cloud your judgment. Whether it’s through confusion or fear, some find themselves driving away from the accident hoping they can leave the incident in the past. Obviously, this is a mistake as well as a crime, and if it has happened to you or someone you love, you’re in need of a criminal defense attorney that will work diligently to fight the charges.

The accident is not considered premeditated, but the conscious decision to leave the scene is the crime. There are two types of hit and runs.

In Minnesota, hit and runs can be classified as either a misdemeanor or felony, which all depends on the situation and if there were any injuries: 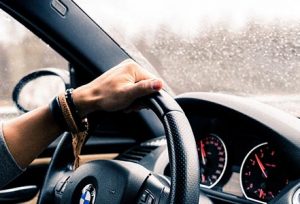 If a death is involved in the other party, the hit and run felony charges will be up to $5,000 of fines and possibly three years in jail.

*Reminder- these charges only apply to law-abiding drivers, the charges are much more severe when alcohol or drugs are involved.

No matter what hit and run charges you may be facing, you can rest assured that Brian Karalus of Karalus Law will fight for you. Brian has taken on countless cases as a defense lawyer and has received numerous “not guilty” verdicts or reduced charges. He has the experience, the knowledge, and the drive to represent you in court and get you the best verdict possible. Contact Brian today to learn more or to schedule your free initial consultation.